After making my own anorak using our beautiful British Millerain fabric last year, I'm been looking for any excuse to use it again! I made the desmond backpack using our peacock colourway and then next on my list was this cute little coat for Sophia!

The recently released Pauline Alice Mini Collection, which contains 3 patterns for age range 3-36 months, was just what I was looking for. All the patterns are intended to be unisex and are a trouser dungarees, loose top with pockets (who know toddlers love pockets so much!) and then 'the coat'!

My latest Youtube video shows the coat up in a bit more detail, but read on for links to the supplies I used and more pictures..

I also want to point out early on, that if you but the printed pattern, the instructions that come with it are french, so you need to download the english pdf instructions!

For Sophia I made the 24 months size (which corresponds to her age) and I mainly went off the height measurement as a guide when choosing. It's a really loose style and I know she generally fits clothes that are her age range anyway, so height was going to be the most important thing.

Overall it has come up a bit longer than I had imagined it would, but I still really like it and it will be great for keeping her dry!

I made the I used our aubergine colourway and paired with with some beautiful Liberty Tana Lawn and finished it off with some of our Prym brass anorak fasteners.

For the main outer fabric I used 1.3m (the pattern recommends 1.5m) and for the lining I used 1.1m and then used some scraps I had of a viscose linen for the sleeves. I just seemed a bit too much to line it with Liberty fabric as well, especially when it will hardly be seen at all!

Construction tips and additions to pattern

I really love the snaps on this coat and the added benefit it that they are a bit easier for Sophia to do herself, as opposed to a zip.

I also decided to leave off adding the snap to the centre of the back flap as I was worried when she was sitting in her push chair or the car seat it might dig in a bit. I kinda like that it means the flap is looser and you are more likely to catch a glimpse of the lining underneath!

It took a few tries for Sophia to get used to wearing it, she's got such an opinion about what she does and doesn't wear these days, but thankfully she's fine with it now!

We're getting our garden done at the moment and I took these pictures while she was our running around - when we had snow (in March!) - a few weeks ago. 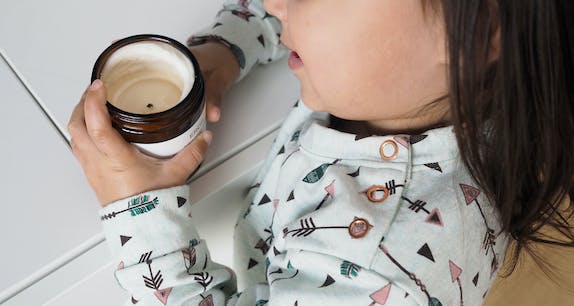 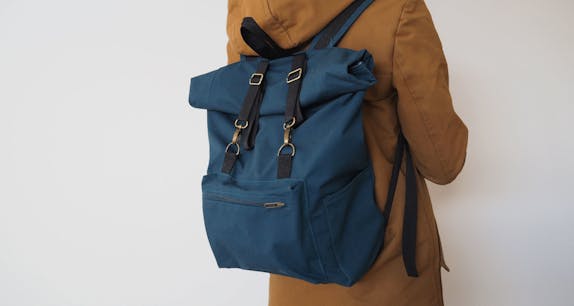 The Taylor Tailor Desmond Back Pack