I can't believe we hit the semi-final already! A lot of people have been saying that they have felt the series is too short, it seems like its flown past for me. I had no idea I would ever get this far in the competition. Although I've been sewing and making things since I was a child, I haven't sewn lots of clothes before and most of the things they asked us to do, I had never actually done before - that zip fly being a perfect example!

Using the shirring elastic for the child's day dress was totally new to me. I had seen it being used once at one of those hobby stitch shows at the NEC so I had a rough idea what to do..it was all a bit experimental though. For the rouleau loops, I just made them the only way I know how. My mum used to make them all the time for the bridal gowns she used to make so I just did what I saw her doing a hundred times. I didn't even really know what everyone else was doing until the judging bit at the end. Sandra does have a point though. Flat sleeves are probably more likely to stay on a childs shoulder, but they asked us to make the rouleaus.

The four of use were chatting about what the alteration challenge would be during lunch that day and Sandra and I had an suspicion that it might be something to do with making something fitted. We were trying to quickly give Stuart pointers...turn it inside out...pinch it in evenly at both sides etc etc.

When the challenge started and I noticed he was doing something completely different, I thought it was brilliant! Punk it up! Why not! My favorite line that Patrick said when judging that dress was 'Stuart you've done things to that dress that there aren't names for!' Go Stuart for being inventive! The funniest bit was when you zipped up those zips, the dress really did just hug the model perfectly!

I was so conscious when altering that dress that I had to be different. I knew Patrick wasn't diggin all the floral stuff and I knew if I did that he would be disappointed. I have to admit neon orange isn't my usual colour choice but I'm glad I did it! I got a cute bow in there anyway!

Now....the jacket challenge! We got to prep for this one and when they first told us that we had to make a jacket my heart started thumping! I had never made a jacket before....eeeek! So in that week between filming I stayed up really late, drank lots of coffee and made two jackets!

One was the Colette Anise Jacket. I flippin' love this jacket and it has so many little extra techniques in there that are great practice for increasing your sewing skills, including welt pockets and bound button holes oh and a lining!

Then I made a practice shot of my jacket for the show! Its a New Look pattern - 6035. Pretty much as the pattern suggests apart from I made the lapel a bit narrower.

I used the lining fabric for the cuffs so that when you turned them back there was a bit of contrast. I think it gives a more casual look for a tailored jacket.

It also had two patch pockets on the front...although I only had time to get one of them on during the actual challenge!

I knew I had to make it fairly complicated and the pattern didn't come with a lining so I decided to flat line it. This means I cut out the lining fabric (I used a satin) using exactly the same pattern pieces for the sleeves, back and side sections. I then basted them i.e. attached them to the main fabric of the jacket - with the wrong sides facing, before I stitched any of the sections together. This meant that when I came to constructing my jacket, the lining was already built in! It really makes a difference when your arms can slide in and out of a jacket more easily.

I also managed to get in a bit of floral bias binding to the inside edge. What can I say...its my thing...and the challenge brief said, use the show stopper challenge to show your own style and personality - so I did!

When I stitched the button to the front of the jacket, I also attached a small button on the inside. This is a really nice touch and it stops too much strain and pressure on the fabric too. Patrick really liked it...but that comment didn't make the final cut!

So less than a week to go until the final! eeeek! excited.com! 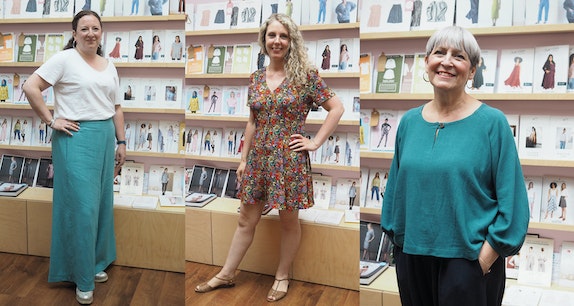 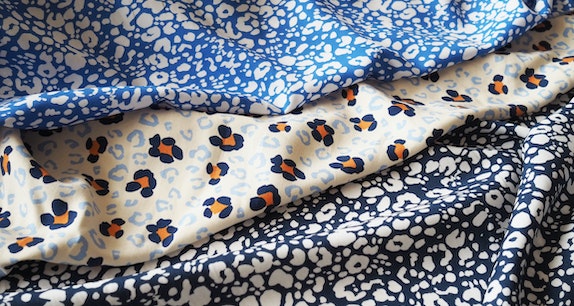